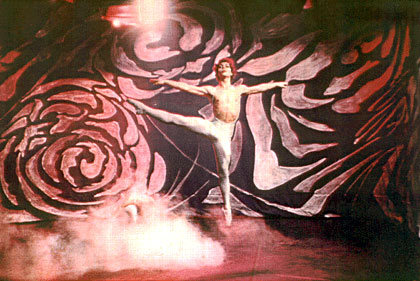 Date: March 11th, 1979. A Sunday Afternoon. Place: Guggenheim Museum. What: The first performance of The Diamond Electronic Music Ensemble. Recording: Recordings were not allowed unless you paid a ridiculous in-house price. So this recording was done freelance, with a large man in an overcoat sneaking in a portable ¼ tape recorder strapped to his belly. Truly. The ¼” tape spent many years disintegrating and being stretched before it was finally transferred to digital. Thus what remains is a faint hint of what was heard. Whatever we were, we were loud. The crashing opening of simple fifths and octaves were routed through a Mutron BiPhase, creating a stereophonic sweep of overtones arching slowly back and forth that entirely enveloped the auditorium. Drove to upstate New York to get one of the very first.  Rather cool in its day. Still would be today. Features instrumentation of Lyricon Wind Controller powering an Arp 2600 (me), two Crumar keyboards (Dave Beck, Michael McFrederick) and drums (Michael Lauren), and an Arp Sequencer patched to a second Arp 2600. All analog.  Lyric Images is a grand 4 movement symphonic work. Here are a few reviews: Miami Herald and Variety. Subsequently, Elizabeth Gottlieb choreographed the videoballet "Journey" to the music.

Winner - Festival of the Americas International Film and Television Festival 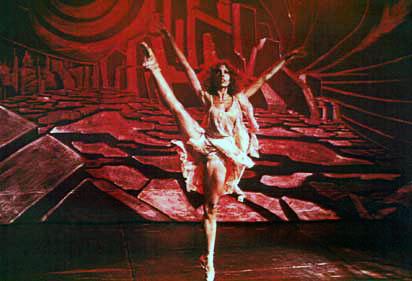 Journey was set to the music of Lyric Images. Lyric Images itself is a unique work, as it was the first work written by Stuart Diamond for a live electronic music ensemble. It was premiered at the Guggenheim Museum in New York City in the Spring of 1979. With an instrumentation of Lyricon, two Crumar keyboards and percussion, Lyric Images was a grand 4 movement symphonic work. At the time of its premier with its raucous rhythms and lyric sweep it was both hailed by some critics as the music of the future and reviled by others.

Liz Gottlieb, a former member of the New York City Ballet conceived of the idea to create a videoballet to the score -- one of the first ballets ever created for the medium of video. 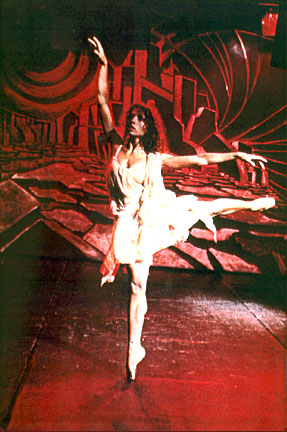 With years of MTV behind us it is hard to imagine the time when creating dance directly for the camera was still a revolutionary idea.

Renamed Journey, Lyric Images became the score for this dramatic pas-de-deux of two lovers at the end of time. 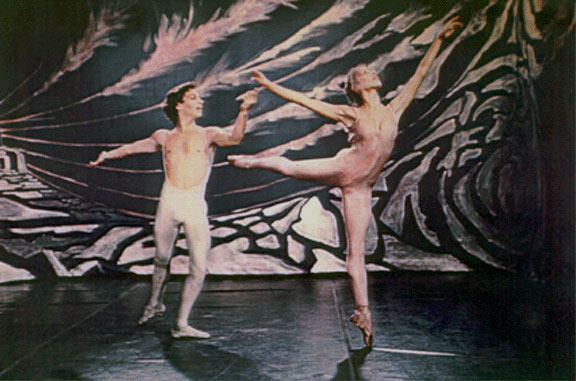 NEW YORK-Turning rock and roll into chamber music may be about as elusive a trick as the alchemists' dream of turning lead into gold, but Stuart Diamond, at least to my ears, has done it. Walking into the Guggenheim Museum reeent1y- to investigate the underground auditorium in-the-round -- I encountered the young Manhattanite heading an adventurous series of contemporary concerts, including even the world premiere of' a classical piece by jazzman Dave Brubeck. Yet the cream of the concert, late in rising, was Diamond's own Lyric Images, one of the first pieces of chamber music in my experience to effectively incorporate rock's raucous sounds.

It is no news, of course, that rock has borrowed heavily from the world's wealth of classical music. Frank Zappa and the Mothers of Invention took off from Schoenberg, Varese and Webern. Jethro Tull, among other rock troupes, has aped the harpsichord-flute sounds of Bach. Emerson, Lake and Palmer even concocted their own version of Mussorgsky's Pictures at an Exhibition.

BUT HOW OFTEN have you heard of a classical composer drawing inspiration from rock? Gershwin and Ravel were fascinated by jazz, Bartok by Hungarian folk music. But Diamond is among the first of the new generation maximize rock in classical form.

Not that he set out to classicize it. "To tell you the truth, I wasn't really conscious of using rock in the sense of trying to create a new art form" he admits. 'If it's infiltrating into my music it's because I've been using rock instruments and taking advantage of talented young musicians who have a real feeling for rock."

In his Lyric Images, for instance, Diamond solos on the Lyricon, a kind of electronic clarinet, With musicians who have rock backgrounds on percussion and electronic keyboards. The four-movement work has sections of free-swinging improvisation but is mostly written out. It has genuine economy of style.

Judging from the voluminous applause, it has audience appeal, too, evoked by the music's sometimes rock-jam aura, sometimes rhapsodic, mystical sound. What you ultimately hear is the mellow, haunting Lyricon soaring above the pounding insistent beat of rock.

WHY TURN ROCK into classical music? "In a way," Diamond admits, "it stems from the wish to be commercially successfully. Today tonality is back in vogue with classical composers because audiences in general have been alienated from the serious music scene. I would even say that except for the composers listening to each other's music, the audience for contemporary classical music doesn't really exist."

Still, in the realm of new music, Diamond, has a formidable background. A graduate of both Haverford and Sarah Lawrence Colleges, he has reaped awards and grants galore and composed for television as well as the concert hall. His music has even been documented on three major record labels, yet almost nothing he composed before presaged this new turn to rock.

'What set his oft? "The fact is I don't like academic, mathematically oriented music-the electronic atonalists. I find composers today in a quandary of not knowing in what direction to move. What I have tried to do is very tonal, even melodic," he notes, "though influenced by the sound and power of rock."

The result is music cast in the mold of a classical chamber work that retains the full flavor of big rock-band sound thanks partly to the use of original rock instruments and the improvisatory skills of the players.

In a sense, Diamond has distilled the essence of a popular musical form, as Georges Euncesco, for example, captured the heart of the Balkan gypsy in his Third Sonata for Violin and Piano "in the Rumanian style." Of course, whether or not Diamond's work will spur others to follow his lead in anybody's guess just now. But his music bears listening, and perhaps, as he puts it, he really is 'ahead of the pack."

Criterion Concerts at The Guggenheim

Criterion Concert (GUGGENHEIM, N.Y.) The Criterion Concert series is three Sunday afternoon performances at the Guggenheim Museum Auditorium designed to show-case the latest musical influences in classical, jazz and rock idioms. The first of the series featuring the works of Dave Brubeck, John Davison and Stuart Diamond, among others, was an overflow sell-out of 350 in a 300-seat auditorium, with some turned away.

Diamond's "Lyric Images," which capped the concert, was the touchstone of the afternoon for many, though there were some walkouts presumably over the sound level. That's too bad, because the piece is a wonderful trip into the asteroids, where images of 13-legged creatures with the heads of snapping bulldogs are encountered before a splendid return home.

In some respects "Lyric Images," performed by Diamond on a Lyricon, a metal tube wired into Arp synthesizers; David Beck and Michael McFrederick on Crumar keyboards and Michael Loren on percussions, is a film score awaiting a worthy film. But it should not be missed that Diamond has created a fully symphonic piece of intense dignity and feeling outside the symphony orchestra. That has been a stumbling block for many young composers, one which Diamond has obviously circumvented.