Posted by Stuart Diamond on Sunday, November 2, 2014 Under: Music 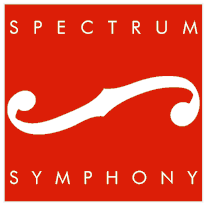 We were having an early dinner at Village Natural on Greenwich Street with two composers visiting from Europe. We had done a joint concert the previous Saturday night in Brooklyn, and were enjoying a final rendezvous before they returned home. Suddenly a swarm of black-clad folks carrying string cases entered the restaurant, obviously eager for a quick pre-concert meal. The uniformity of dress and confidence of manner bore all the signs that some serious music making were at hand. Upon inquiry, a friendly violist, invited us to the concert – Beethoven’s Eroica and Brahms Double Concerto at St. Joseph’s Church, just around the corner.

We followed -- and what a privilege – the chance to listen to a performance of The Eroica, with chamber orchestra, yet in a small resonant space. It made one wonder whether this was how the masterpiece may have first been heard in Beethoven’s time - albeit with older instruments and at a lower pitch. (Though I question whether the musicians of Beethoven’s day could match the musical proficiency of today’s young conservatory wunderkinds.) But what a magnificent sonic experience. Even when you find the acoustic sweet spot of the best of halls such as in the mezzanine at Carnegie, or the last row in the balcony at Avery Fisher, there is you and the orchestra, somewhere on the proscenium. In the smaller, and not too resonant space, of St. Joseph’s, the sound of the chamber orchestra simply engulfs you.  To deeply follow the second movement fugue while bathing inside such an overwhelming soundscape, with all the parts so transparent, was indeed a rare privilege. It helps remind one of just how impactful and revolutionary the 3rd Symphony really is.

Even though I thought the Brahms would have benefited being played in a somewhat larger hall, one of my composer colleague’s view was the opposite -- preferring the resonance and the clarity of the lines that came through during the Double Concerto in the church’s acoustics. So each have our taste. But once again, a special evening – a testament to why New York, is so New York.

Tags: the spectrum symphony  conducted by david grunberg
« Back to posts