Birthday of a King

Posted by Stuart Diamond on Sunday, September 28, 2014 Under: Music 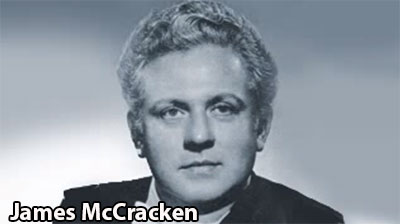 So why share a You Tube video of James McCracken, the great opera tenor, singing a Christmas carol in mid-August - something I stumbled across on the internet.

Why? Well, this recording marks my very first moment as a professional musician.

Recorded at the Columbia Masterworks Studios, this was the first time I conducted professional musicians or heard any notes that I penned to paper (yes, there was a time we still all used ink and paper) played by a professional ensemble. And what a group: Jim McCracken, his wife Sandra Warfield, and legendary soprano Elinor Ross. The great Aaron Rosand was violinist. Charlie McCracken (no relation to Jim) on cello, Harvey Estrin on winds, and several others whose names escape me now. The first work up was this “Birthday of a King.” My hand was shaking from understandable terror as I laid down the first downbeat. (In retrospect, if I fully realized under whose batons these artists normally performed – the likes of van Karajan, Bernstein, Solti, et al - I doubt I would have had the courage to even step on the podium. Fortunately my ignorance and naïveté carried the day.)

First, I remember being startled that the arrangement seemed to work at all. A few measures later McCracken’s voice came in. I can only describe the experience as though I was some Disney cartoon character being blown off the podium, holding on to the conductor stand for dear life. I had never heard any voice so powerful and intense, so inhumanely loud -- leagues beyond the pale voices, my own included, I heard walking past the practice rooms in my music department at school.

But everyone kindly (or perhaps with eyes-rolled heavenward tolerance) guided me through the session, and somehow the music and recordings all seemed to work. We also recorded Little Drummer Boy, Ave Maria, Hark the Herald Angels Sing, and maybe one or two additional carols. The other arrangements were more creative, or so I like to think, and more of a harbinger of my actual compositional style. The recordings eventually did come out on a Columbia Masterworks Christmas compilation of Christmas songs – sold at supermarket checkout counters and other similar old fashioned, non-virtual distribution channels.

The story continues though: A few months later I attended a performance of "Samson and Delia" at The Metropolitan Opera -- McCracken in the title role. It was a first date with a new girlfriend - and we had passes to go backstage after the curtain.

After the exultant ovation had died down, we wound our way backstage, were admitted, and were directed to McCracken’s dressing room. I knocked on the door. A hefty voice said to come in. I opened the door with my comely coed on my arm. Jim immediately recognized me and assessed the situation. Before I could mumble a word of congratulations, he jumped up, took my hand, and embraced me, proclaiming: “Great to see you, Stuart. It was wonderful working with you. We must work together again soon." It lasted only a moment and then we left as other friends and colleagues crowded into the room. But the impact of McCracken’s words worked - my young friend was dazzled. To this day I remember the encounter as a wonderful “solid” by one of the great artists of the day.

Tags: james mccracken
« Back to posts